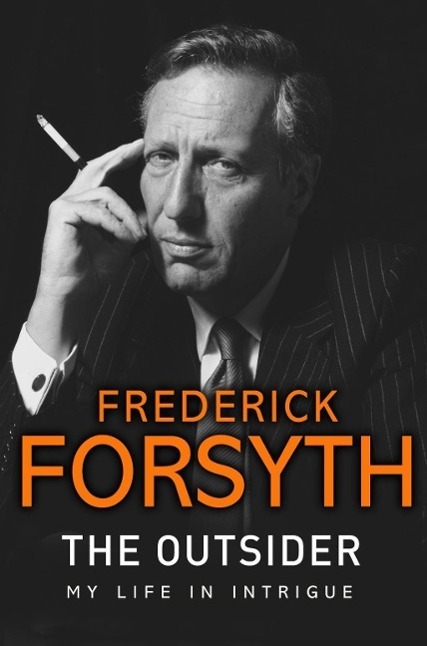 My Life in Intrigue

This is Frederick Forsyths life in his own words; his highly anticipated autobiography is as thrilling as his fiction. Packed with anecdotes from a life well lived, THE OUTSIDER is an exclusive behind-the-scenes look at the extraordinary life of one of the worlds best loved and bestselling thriller writers.

At eighteen, Forsyth was the youngest pilot to qualify with the RAF. At twenty-five, he was stationed in East Berlin as a journalist during the Cold War. Before he turned thirty, he was in Africa controversially covering the bloodiest civil war in living memory. Three years later, broke and out of work, he wrote his game-changing first novel, The Day of the Jackal. He never looked back. Forsyth has seen some of the most exhilarating moments of the last century from the inside, travelling the world, once or twice on her majesty's secret service. He's been shot at, he's been arrested, he's even been seduced by an undercover agent. But all the while he felt he was an outsider. This is his story.

Forsyth insists that The Outsider is not an autobiography. So I will just say that this is one of the most exciting and enjoyable accounts of an author's life, in vaguely chronological order and written by the author himself, that I have ever read. The Sunday Times

Forsyth, Frederick
Former RAF pilot and investigative journalist, Frederick Forsyth defined the modern thriller when he wrote The Day of The Jackal, described by Lee Child as 'the book that broke the mould', with its lightning-paced storytelling, effortlessly cool reality and unique insider information. Since then he has written twelve novels which have been bestsellers around the world: The Odessa File, The Dogs of War, The Devil's Alternative, The Fourth Protocol, The Negotiator, The Deceiver, The Fist of God, Icon, Avenger, The Afghan, The Cobra and, most recently, The Kill List. He lives in Buckinghamshire, England.