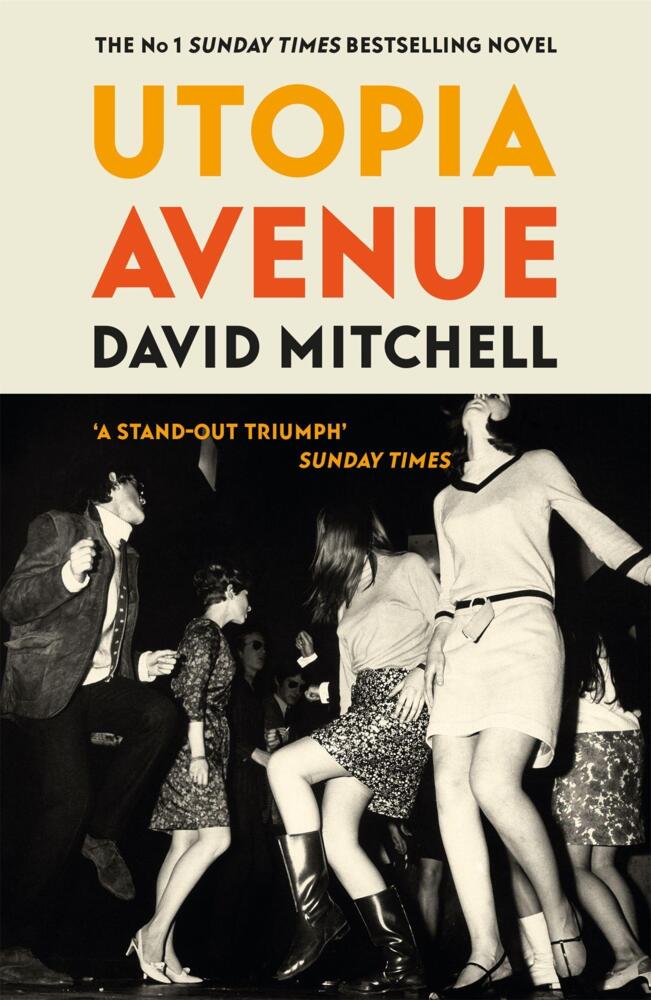 'One of the most brilliantly inventive writers of this, or any country' (Independent) turns his unique eye on the dark end of the 1960s in this enthralling novel, a story of music, dreams, drugs and madness, love and grief, stardom's wobbly ladder and fame's Faustian pact.

The spectacular new novel from the bestselling author of CLOUD ATLAS and THE BONE CLOCKS, 'one of the most brilliantly inventive writers of this, or any country' (Independent).

Utopia Avenue might be the most curious British band you've never heard of.

This is the story of Utopia Avenue's brief, blazing journey from Soho clubs and draughty ballrooms to the promised land of America, just when the Summer of Love was receding into something much darker - a multi-faceted tale of dreams, drugs, love, sexuality, madness and grief; of stardom's wobbly ladder and fame's Faustian pact; and of the collision between youthful idealism and jaded reality as the Sixties drew to a close.

Above all, this bewitching novel celebrates the power of music to connect across divides, define an era and thrill the soul.

This lively, colourful read charts the rise of an unlikely bunch of musicians as they head from small-town venues to the glitter and gleam of fame in LA. As Elf, Dean, Griff and guitar genius Jasper de Zoet hit the big time, Utopia Avenue takes you on a wild ride through the tail end of the psychedelic 60s' Sunday Express, Books of the Year

David Mitchell is the author of the novels Ghostwritten, number9dream, Cloud Atlas, Black Swan Green, The Thousand Autumns of Jacob de Zoet, The Bone Clocks, Slade House and Utopia Avenue. He has been shortlisted twice for the Booker Prize, won the John Llewellyn Rhys, Geoffrey Faber Memorial and South Bank Show Literature Prizes among others, and been named a Granta Best Young British Novelist. In 2018, he won the Sunday Times Award for Literary Excellence, given in recognition of a writer's entire body of work.

He lives with in Ireland with his family.

Details Merkliste Warenkorb
They Both Die at the End
von Silvera, Adam
Kartoniert