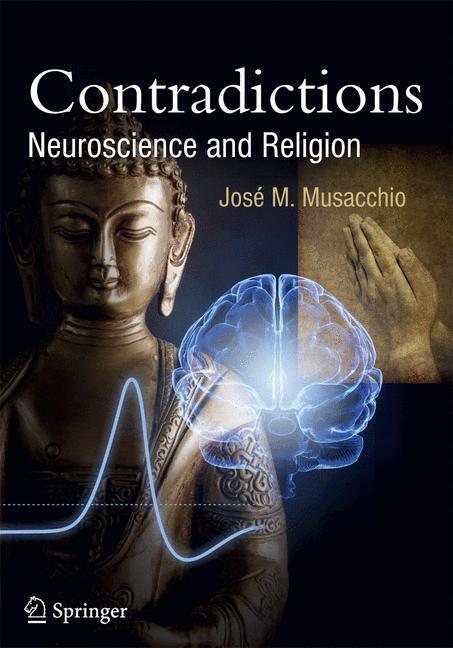 Exploring incongruities between science and religion, this volume deploys the latest research in neuroscience to show how abstractions such as consciousness, Euclidean triangles, and even Mickey Mouse, all have physically realized counterparts in the brain.

"Contradictions" is a general interest book that exposes the incompatibility between popular religious beliefs and the scientific view of human nature. It begins with a survey of the evolution of religions and their continuing, often irrational, influences in modern society. Then, based on his long experience in neuroscience, the author takes issue with Decartes about the duality of body and soul. He presents case studies of patients with brain diseases and from these deduces that the soul, far from being separate and supernatural, is no more or less than our way of experiencing our brains ... and which correspondingly disintegrates when they do. Convincing clinical findings and powerful arguments about the universality of truth make this book a bold contribution to the debate about belief and religion in the modern world.

Introduction.- The Universality of Religious Beliefs.- The Contradictions and Consequences of Religious Beliefs.- The Evolution of Human Ancestors.- The Most Amazing Window on Human Nature.- Why Qualia and Consciousness Seem Mysterious.- The Word-Grounding Problem and the Incompleteness of Language.- The Roots of Knowledge.- Abstract and Imaginary Objects.- Nature Is Logical, Because Logic Is Natural.- Faith and the Validation of Beliefs.- Contradictory Beliefs or "Schizodoxia" is a Poor Mechanism of Adaptation.

"Professor Musacchio's book Contradictions was for me an immensely readable and enlightening survey of philosophical issues tackled from the point of a view of a trained neurologist. ... Musacchio's book represents a commendable first attempt at a more interdisciplinary approach to philosophy of mind and neuroscience ... . Anyone interested in a fresh and well-founded theory of qualia, semantics, and even religious experiences would do well to pick up Professor Musacchio's book." (Philosophy, Religion and Science Book Reviews, bookinspections.wordpress, May, 2014)
"The author describes how complex networks of neural connections produce all human experiences, from simple motor movements to one's encounters with a transcendent reality. The strength of the author's arguments resides in an engaging series of case studies that help readers connect neurophysiological principles to how individuals 'experience' their brains. ... the book is a valuable addition to the science and religion debate. Summing Up: Recommended. Lower-division undergraduates through researchers/faculty." (J. A. Hewlett, Choice, Vol. 50 (7), March, 2013)

Dr. José M. Musacchio is Professor Emeritus of pharmacology at New York University Medical School. He received his M.D. from the National University of La Plata, Argentina, where he trained in neurology and psychiatry. Later he completed his training in Bellevue Hospital in New York City, where he was Chief Resident in neurology. He also trained in neurochemistry and psychopharmacology at the National Institute of Mental Health, in Bethesda, MD, and became Assistant Professor at the Department of Pharmacology at NYU Medical School in 1965. He is the author of one hundred publications in his field.