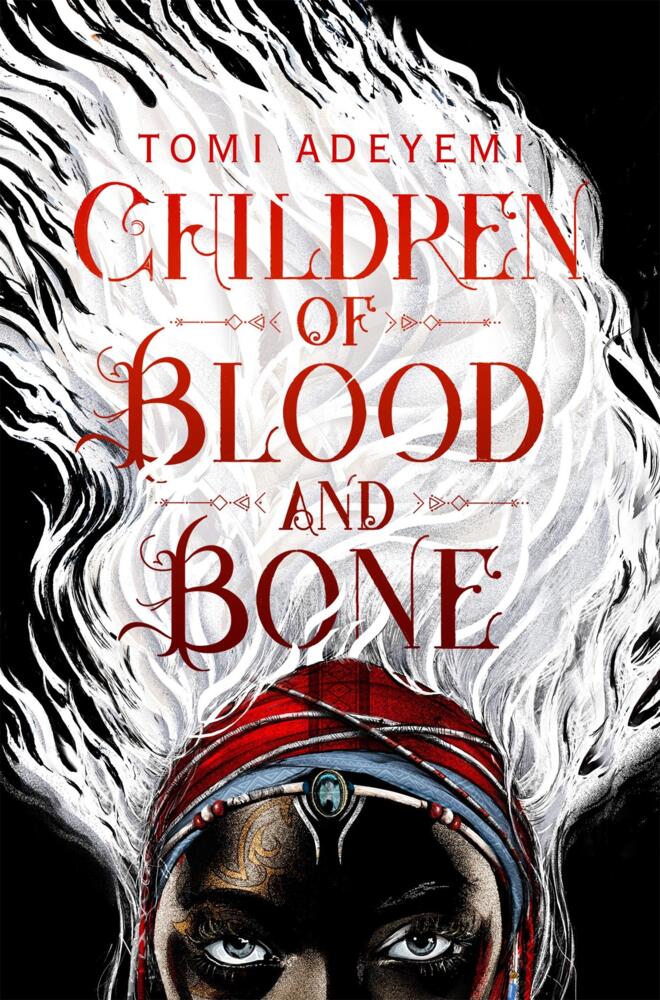 Children of Blood and Bone

Magic can burn, turn tides, light the darkness and bring back the dead. But magic is gone. So one girl must bring it back in the first in a gripping fantasy trilogy.

Tomi Adeyemi conjures a stunning world of dark magic and danger in her West African-inspired fantasy debut Children of Blood and Bone. They killed my mother. They took our magic. They tried to bury us. Now we rise.

But everything changed the night magic disappeared. Under the orders of a ruthless king, anyone with powers was targeted and killed, leaving Zélie without a mother and her people without hope. Only a few people remain with the power to use magic, and they must remain hidden.

Zélie is one such person. Now she has a chance to bring back magic to her people and strike against the monarchy. With the help of a rogue princess, Zélie must learn to harness her powers and outrun the crown prince, who is hell-bent on eradicating magic for good.

Danger lurks in Orïsha, where strange creatures prowl, and vengeful spirits wait in the waters. Yet the greatest danger may be Zélie herself as she struggles to come to terms with the strength of her magic - and her growing feelings for an enemy.

The movie of Children of Blood and Bone is in development at Fox 2000/Temple Hill Productions with the incredible Karen Rosenfelt and Wyck Godfrey (Twilight, Maze Runner, The Fault In Our Stars) producing it.

Black Girl Magic indeed! It's no surprise that this epic trilogy opener has already been optioned for film. Full of cinematic action sequences (the most memorable of them set underwater and employing an army of the dead) and creatures worthy of Star Wars (horse-sized 'lionaires' have saber teeth and horns), it storms the boundaries of imagination. Yet it also confronts the conscience. Adeyemi's brutally depicted war between the noble, lighter-skinned kosidans, and the enslaved, darker-skinned majis poses thought-provoking questions about race, class, and authority that hold up a warning mirror to our sharply divided society. The New York Times

Adeyemi, Tomi
Tomi Adeyemi is a Nigerian-American writer and creative writing coach based in San Diego, California. After graduating Harvard University with an honours degree in English literature, she studied West African mythology and culture in Salvador, Brazil. When not writing novels or watching Scandal, Tomi teaches and blogs about creative writing on her website, named one of the 101 best websites for writers by Writer's Digest. Children of Blood and Bone is her debut novel.