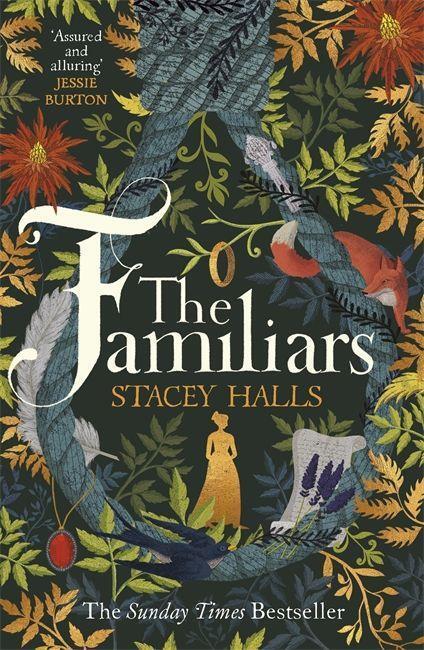 Perfect for fans of Jessie Burton and Sarah Perry, The Familiars is the most spellbinding debut novel of 2019.

The most spellbinding debut novel of 2019. To save her child, she will trust a stranger. To protect a secret, she must risk her life... Fleetwood Shuttleworth is 17 years old, married, and pregnant for the fourth time. But as the mistress at Gawthorpe Hall, she still has no living child, and her husband Richard is anxious for an heir. When Fleetwood finds a letter she isn't supposed to read from the doctor who delivered her third stillbirth, she is dealt the crushing blow that she will not survive another pregnancy.Then she crosses paths by chance with Alice Gray, a young midwife. Alice promises to help her give birth to a healthy baby, and to prove the physician wrong. As Alice is drawn into the witchcraft accusations that are sweeping the North-West, Fleetwood risks everything by trying to help her. But is there more to Alice than meets the eye? Soon the two women's lives will become inextricably bound together as the legendary trial at Lancaster approaches, and Fleetwood's stomach continues to grow. Time is running out, and both their lives are at stake. Only they know the truth. Only they can save each other.

The Familiars is an intricate and sensitive portrayal of a brave, tenacious young girl carving her place in the world. A must-read novel Heather Morris, bestselling author of The Tattooist of Auschwitz

Halls, Stacey
Stacey Halls grew up in Rossendale, Lancashire, as the daughter of market traders. She has always been fascinated by the Pendle witches. She studied journalism at the University of Central Lancashire and moved to London aged 21. She was media editor at the Bookseller and books editor at Stylist.co.uk , and has also written for Psychologies , the Independent and Fabulous magazine, where she now works as Deputy Chief Sub Editor. The Familiars is her first novel.