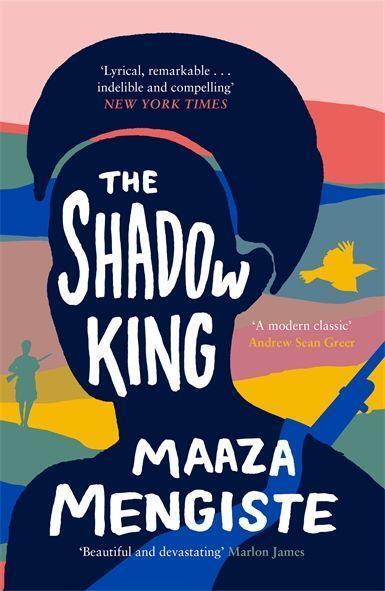 Longlisted for the Booker Prize 2020, this is an utterly captivating novel about female strength. Set during Mussolini's 1935 invasion of Ethiopia, The Shadow King casts a light on the women soldiers written out of African history

SHORTLISTED FOR THE BOOKER PRIZE 2020
A BOOK OF THE YEAR IN THE NEW YORK TIMES, GUARDIAN, ELLE, TIME, SPECTATOR

Ethiopia, 1935.
With the threat of Mussolini's army looming, recently orphaned Hirut struggles to adapt to her new life as a maid. Her new employer, Kidane, an officer in Emperor Haile Selassie's army, rushes to mobilise his strongest men before the Italians invade.

Hirut and the other women long to do more than care for the wounded and bury the dead. When Emperor Haile Selassie goes into exile and Ethiopia quickly loses hope, it is Hirut who offers a plan to maintain morale. She helps disguise a gentle peasant as the emperor and soon becomes his guard, inspiring other women to take up arms. But how could she have predicted her own personal war, still to come, as a prisoner of one of Italy's most vicious officers?

The Shadow King is a gorgeously crafted and unputdownable exploration of female power, and what it means to be a woman at war.

A beautifully crafted account of the female soldiers resisting Mussolini's invasion of Ethiopia in 1935 and their own oppression in Ethiopian society. Lyrical, furious and meticulously researched, it is a necessary act of historical reclamation Guardian, Best Books of the Year

Maaza Mengiste was born in Addis Ababa, Ethiopia. A Fulbright Scholar and professor in the MFA in Creative Writing & Literary Translation programme at Queens College, she is the author of The Shadow King, which was longlisted for the Booker Prize and the HWA Gold Crown, and Beneath the Lion's Gaze, named one of the Guardian's Ten Best Contemporary African Books. Her work can be found in the New Yorker, Granta and the New York Times, among other publications. She lives in New York City.
@MaazaMengiste