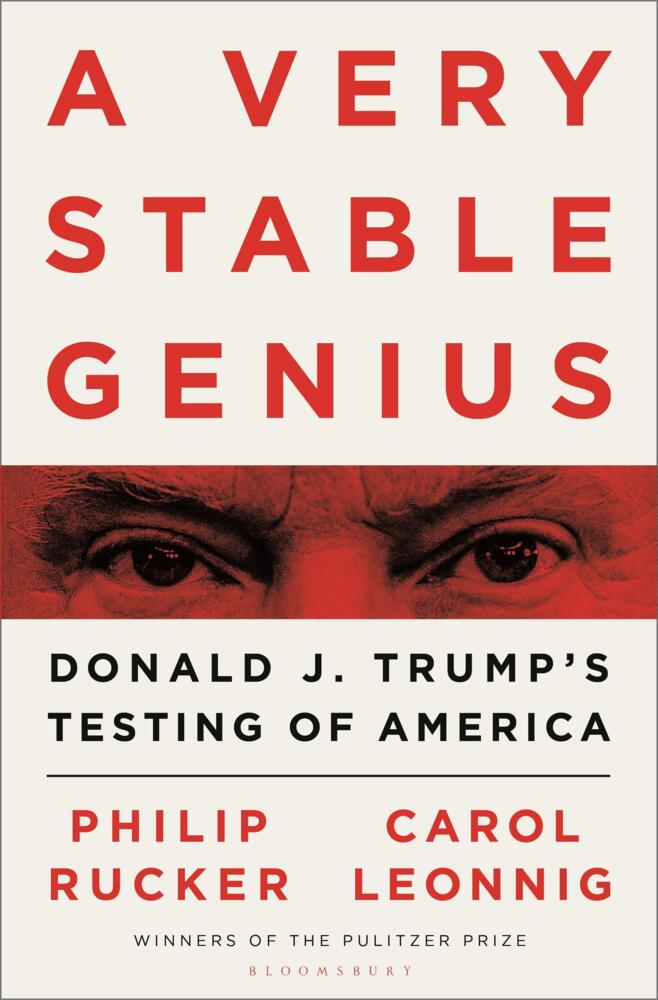 The definitive insider narrative and the most fully characterised account yet of the chaos, scandal and destruction of Trump's first term, from two Pulitzer Prize-winning Washington Post journalists.

THE NUMBER ONE BESTSELLER * UPDATED WITH NEW REPORTING * 'It's all here in this stunning first draft of the history of the presidency of Donald Trump' Sydney Morning Herald 'An icy, Iago-like glimpse of the emotional and moral nullity that may be the source of Trump's power' Observer 'A damning, well-reported, well-sourced and clearly written haymaker' Sunday Times Drawing on nearly three years of reporting, hundreds of hours of interviews and more than two hundred sources, including some of the most senior members of the administration, friends and first-hand witnesses who have never spoken before, Philip Rucker and Carol Leonnig take us inside some of the most controversial moments of Trump's presidency. They peer deeply into Trump's White House - at the aides pressured to lie to the public, the lawyers scrambling to clear up norm-breaking disasters, and the staffers whose careers have been reduced to ashes - to paint an unparalleled group portrait of an administration driven by self-preservation and paranoia. Rucker and Leonnig reveal Trump at his most unvarnished, showing the unhinged decision-making and incompetence that has floored officials and stunned foreign leaders. They portray unscripted calls with Vladimir Putin, steak dinners with Kim Jong-un, and calls with Theresa May so hostile that they left her aides shaken. They also take a hard look at Robert Mueller, Trump's greatest antagonist to date, and how his investigation slowly unravelled an administration whose universal value is loyalty - not to country, but to the president himself. Grippingly told, A Very Stable Genius is a behind-the-scenes account of Trump's vainglorious pursuit of power in his first term.

Richly sourced and highly readable . . . Sheds new light on how the 45th president tests the boundaries of the office while trying the patience and dignity of those who work for or with him. It is not just another Trump tell-all or third-party confessional Guardian

Carol Leonnig is a national investigative reporter at the Washington Post, where she has worked since 2000 and covers Donald Trump's presidency and other subjects. She won the 2015 Pulitzer Prize for her reporting on security failures and misconduct inside the Secret Service. She also was part of the Post teams awarded Pulitzers in 2017, for reporting on Russia's interference in the 2016 presidential election, and in 2014, for revealing the U.S. government's secret, broad surveillance of Americans. Philip Rucker is the White House Bureau Chief at the Washington Post, leading its coverage of President Trump and his administration. He and a team of Post reporters won the Pulitzer Prize and George Polk Award for their reporting on Russia's interference in the 2016 presidential election. Rucker joined the Post in 2005 and previously has covered Congress, the Obama White House and the 2012 and 2016 presidential campaigns.

Donald Trump and His Assault on Truth
The President's Falsehoods, Misleading Claims and Flat-Out Lies
Kartoniert

The Room Where It Happened
A White House Memoir
Gebunden