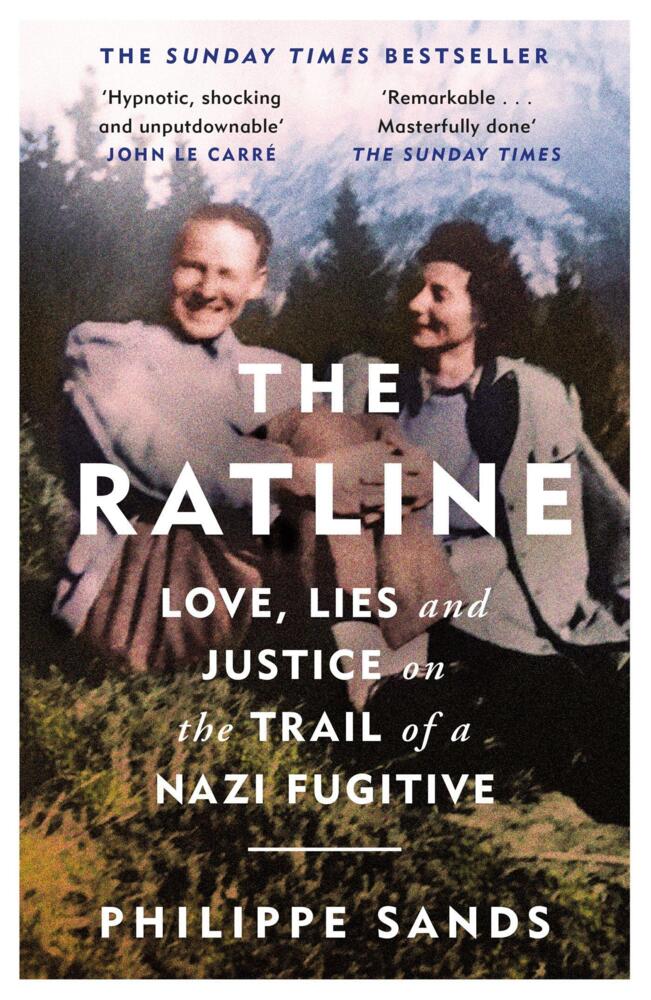 Love, Lies and Justice on the Trail of a Nazi Fugitive

As Governor of Galicia, SS Brigadeführer Otto Freiherr von Wächter presided over an authority on whose territory hundreds of thousands of Jews and Poles were killed, including the family of the author's grandfather, By the time the war ended in May 1945, he was indicted for 'mass murder', Hunted by the Soviets, the Americans, the Poles and the British, as well as groups of Jews, Wächter went on the run, He spent three years hiding in the Austrian Alps, assisted by his wife Charlotte, before making his way to Rome where he was helped by a Vatican bishop, He remained there for three months, While preparing to travel to Argentina on the 'ratline' he died unexpectedly, in July 1949, a few days after spending a weekend with an 'old comrade',

In The Ratline Philippe Sands offers a unique account of the daily life of a senior Nazi and fugitive, and of his wife, Drawing on a remarkable archive of family letters and diaries, he unveils a fascinating insight into life before and during the war, on the run, in Rome, and into the Cold War, Eventually the door is unlocked to a mystery that haunts Wächter's youngest son, who continues to believe his father was a good man - what happened to Otto Wächter, and how did he die?

A gripping adventure, an astounding journey of discovery and a terrifying and timely portrait of evil in all its complexity, banality, self-justification and madness. A stunning achievement STEPHEN FRY

Sands, Philippe
Philippe Sands is Professor of Law at UCL and a practising barrister at Matrix Chambers. He has been involved in many of the most important international cases of recent years, including Pinochet, Congo, Yugoslavia, Rwanda, Iraq, Guantanamo and the Rohingya. He is the author of LAWLESS, TORTURE TEAM, EAST WEST STREET, which won the Baillie Gifford Prize for Non-fiction, and THE RATLINE. He is a contributor to the Financial Times, Guardian, New York Review of Books and Vanity Fair, and makes regular appearances on radio and television. He is President of English PEN and a member of the board of the Hay Festival.

Unorthodox
The Scandalous Rejection of My Hasidic Roots
Kartoniert

Details Merkliste Warenkorb
Explaining Humans
What Science Can Teach Us about Life, Love and Relationships
Kartoniert

Details Merkliste Warenkorb
How to Stay Sane in an Age of Division
von Shafak, Elif
Kartoniert

Bullshit Jobs
The Rise of Pointless Work, and What We Can Do About It
Kartoniert