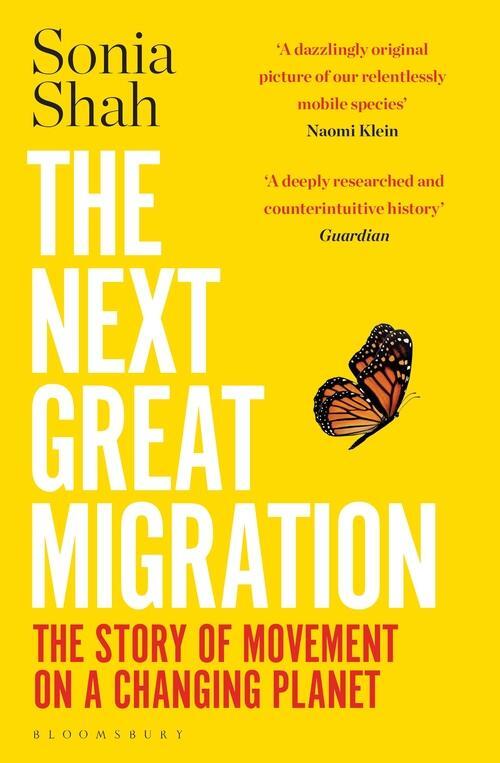 The Next Great Migration

The Story of Movement on a Changing Planet

Drawing on centuries of history and science, a prize-winning journalist upends our assumptions about migration - revealing it not to be the story of our time, but an ancient, essential response to environmental change.

'A dazzlingly original picture of our relentlessly mobile species' NAOMI KLEIN 'Fascinating . . . Likely to prove prophetic in the coming months and years' OBSERVER 'A dazzling tour through 300 years of scientific history' PROSPECT 'A hugely entertaining, life-affirming and hopeful hymn to the glorious adaptability of life on earth' SCOTSMAN We are surrounded by stories of people on the move. Wild species, too, are escaping warming seas and desiccated lands in a mass exodus. Politicians and the media present this upheaval of migration patterns as unprecedented, blaming it for the spread of disease and conflict, and spreading anxiety across the world as a result. But the science and history of migration in animals, plants, and humans tell a different story. Far from being a disruptive behaviour, migration is an ancient and lifesaving response to environmental change, a biological imperative as necessary as breathing. Climate changes triggered the first human migrations out of Africa. Falling sea levels allowed our passage across the Bering Sea. Unhampered by borders, migration allowed our ancestors to people the planet, into the highest reaches of the Himalayan Mountains and the most remote islands of the Pacific, disseminating the biological, cultural and social diversity that ecosystems and societies depend upon. In other words, migration is not the crisis - it is the solution. Tracking the history of misinformation from the 18th century through to today's anti-immigration policies, The Next Great Migration makes the case for a future in which migration is not a source of fear, but of hope.

This fascinating study debunks false narratives about immigration and finds that, in common with other species, the urge to move is written in our genes . . . This book - a wandering narrative about why people wander - is likely to prove equally prophetic in the coming months and years, since it asks two questions that are already shaping our geopolitics: what causes human beings to migrate? And is such mass movement beneficial to more settled communities and nations? Book of the Week Observer

Sonia Shah is a science journalist and the prize-winning author of Pandemic: Tracking Contagions from Cholera to Ebola and Beyond, a finalist for the Los Angeles Times Book Prize and the New York Public Library Award for Excellence in Journalism. She has written for the New York Times, the Wall Street Journal and many others. Her TED talk, 'Three Reasons We Still Haven't Gotten Rid of Malaria,' has been viewed over a million times. She lives in Baltimore, Maryland.