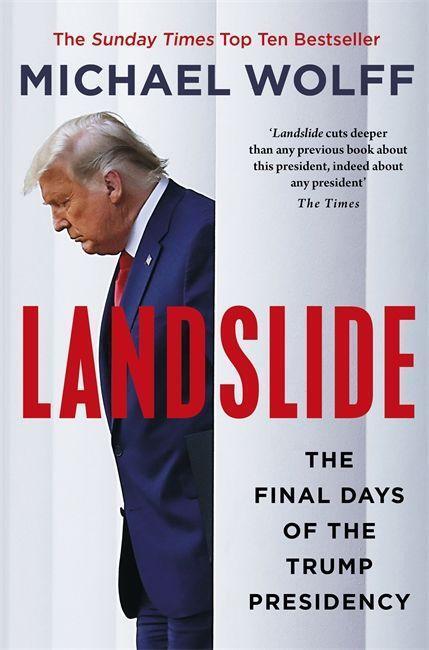 The Final Days of the Trump Presidency

New York Times bestselling author of Fire and Fury and Siege completes the trilogy on the epic presidency of Donald J. Trump

Politics has given us some shocking and confounding moments but none have come close to the careening final days of Donald Trump's presidency: the surreal stage management of his re-election campaign, his audacious election challenge, the harrowing mayhem of the storming of the Capitol and the buffoonery of the second impeachment trial. But what was really going on in the inner sanctum of the White House during these calamitous events? What did the president and his dwindling cadre of loyalists actually believe? And what were they planning?

Drawing on an exclusive and wide range of sources who took part in or witnessed Trump's closing moments, Michael Wolff finds the Oval Office more chaotic and bizarre than ever before, a kind of Star Wars bar scene. At all times of the day, Trump, hunched behind the Resolute desk, is surrounded by schemers and unqualified sycophants who spoon-feed him the 'alternative facts' he hungers to hear - about COVID-19, Black Lives Matter protests, and, most of all, his chance of winning re-election.

In this extraordinary telling of a unique moment in history, Wolff gives us front row seats as Trump's circle of plotters whittles down to the most enabling and the least qualified - and the president overreaches the bounds of democracy, entertaining the idea of martial law and balking at calling off the insurrectionist mob that threatens the hallowed seat of democracy itself.

Michael Wolff pulled back the curtain on the Trump presidency with his globally bestselling blockbuster Fire and Fury. Now, in Landslide, he closes the door on the presidency with a final, astonishingly candid tale.

Michael Wolff's third Trump book is his best - and most alarming ... Fire and Fury infuriated a president and fuelled a publishing boom. Its latest sequel is required reading for anyone who fears for American democracy. Guardian

Wolff, Michael
Michael Wolff has received numerous awards for his work, including two National Magazine Awards. He has been a regular columnist for Vanity Fair, New York, the Hollywood Reporter, British GQ, USA Today and the Guardian. He is the author of seven books, including the international phenomenon Fire and Fury, the bestselling Burn Rate and The Man Who Owns the News. He lives in Manhattan and has four children.