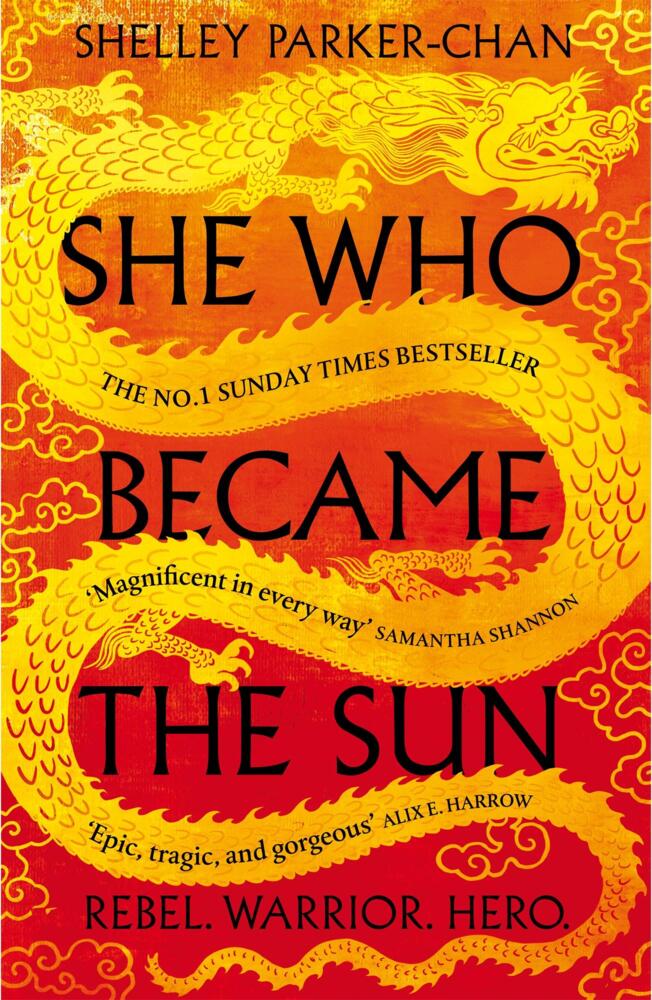 She Who Became the Sun

Zhu journeys from life as a peasant girl to war and the heights of power. This is a traditional Chinese tale reimagined in a subversive new way, for fans of The Song of Achilles and Across the Nightingale Floor.

?This audacious, brilliant debut is a vivid, original reimagining . . . Peopled by flawed, fearless characters and with a dramatically violent storyline, this is immersive storytelling at its finest' - Daily Mail

?A thoroughly engrossing read with a fabulous, tragic-trickster protagonist . . . I've been waiting for a book like this' - Megan Campisi, author of Sin Eater

She Who Became the Sun reimagines the rise to power of the Ming Dynasty's founding emperor.

In a famine-stricken village on a dusty plain, a seer shows two children their fates. For a family's eighth-born son, there's greatness. For the second daughter, nothing.

In 1345, China lies restless under harsh Mongol rule. And when a bandit raid wipes out their home, the two children must somehow survive. Zhu Chongba despairs and gives in. But the girl resolves to overcome her destiny. So she takes her dead brother's identity and begins her journey. Can Zhu escape what's written in the stars, as rebellion sweeps the land? Or can she claim her brother's greatness - and rise as high as she can dream?

This is a glorious tale of love, loss, betrayal and triumph by a powerful new voice.

?As brilliant as Circe . . . a deft and dazzling triumph' - Tasha Suri, author of The Jasmine Throne

She Who Became the Sun by Shelley Parker-Chan is a historical fantasy reimagining of the rise to power of Zhu Yuanzhang. Zhu was the peasant rebel who expelled the Mongols, unified China under native rule, and became the founding Emperor of the Ming Dynasty.

Magnificent in every way. War, desire, vengeance, politics - Shelley Parker-Chan has perfectly measured each ingredient of this queer historical epic. Glinting with bright rays of wit and tenderness, yet unafraid to delve into the deep shadows of human ambition, She Who Became the Sun, like Zhu, is unquestionably destined for greatness Samantha Shannon, author of The Priory of the Orange Tree

Shelley Parker-Chan is an Australian by way of Malaysia and New Zealand. A 2017 Tiptree Fellow, she is the author of the historical fantasy novel She Who Became the Sun. Parker-Chan spent nearly a decade working as a diplomat and international development adviser in South-East Asia, where she became addicted to epic East Asian historical TV dramas. After a failed search to find English-language book versions of these stories, she decided to write her own. Parker-Chan currently lives in Melbourne, Australia, where she is very grateful to never have to travel by leaky boat ever again.