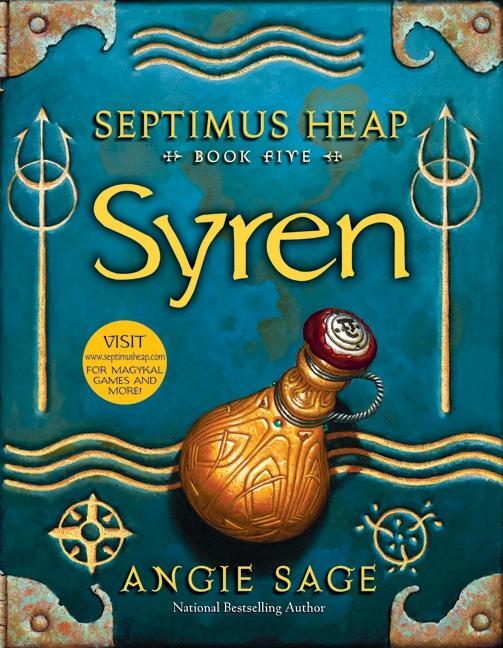 The fifth book in the internationally bestselling Septimus Heap series by Angie Sage, featuring the funny and fantastic adventures of a wizard apprentice and his quest to become an ExtraOrdinary Wizard.

"In Sage's most thrilling book yet, a new host of characters appear, giving the complex plot even more sparkle.â âVOYA (starred review)

"Once again, Sage's tale combines humor, adventure, and inventive storytelling and is sure to please her many fans.ââALA Booklist

In this epic Magykal installment, Septimus ends up on a captivatingly beautiful island, one of seven set in a sparkling sea. He's stranded there with his badly injured dragon, Spit Fyre, along with Jenna and Beetle. There are some strange things about the island, including a Magykal girl named Syrah, a cat-shaped lighthouse that has lost its Light, and an eerie presence that sings to Septimusâcan he escape the persistent call?

Trouble is also brewing for Lucy and Wolf Boy, who have become entangled with some nefarious sailors at sea, and for Milo Banda, Jenna's father, who is harboring a mysterious treasure chest in his ship's hold.

Sage, Angie
ANGIE SAGE was born in London and grew up in the Thames Valley, London, and Kent. She loves the sea, spooky old houses, and time traveling (the easy way, by reading history books). Angie has created many books for children, including the New York Times bestselling series Septimus Heap and Araminta Spookie. She lives in England. Visit her online at (...) and on Twitter @AngieSageAuthor.Zug, Mark
Mark Zug has illustrated many collectible card games, including Magic: The Gathering and Dune, as well as books and magazines. He lives in Pennsylvania.